Home›Berghaus, The Pioneer Of Outdoor Gear

Berghaus, The Pioneer Of Outdoor Gear

Founded in the North-East of England in 1966, British brand Berghaus is the champion of the waterproof jacket and one of the first companies to pioneer the use of GORE-TEX fabrics and technology. Founded by two Geordie climbers, who simply wanted to create better kit, over 50 years on the brand is still making beautifully designed walking boots and outdoor clothing with a product lifetime guarantee that’s built to last.

So, whether you’re looking for a warm jacket for hiking up your first peak or need some serious kit for tackling a more dangerous feat, you’ll find something to suit your path, in the world’s most extensive range of British designed, mountain ready gear.

Founded in 1966 by two passionate alpinists, Berghaus started off life as a small import and export business basically servicing the owner’s, and their small group friend’s climbing needs. Tired of compromising their ambitions because of what they saw as inadequate gear the two friends started producing their own equipment. Designing and making rucksack from the top floor flat of their shop in Newcastle.

After several years tinkering with the traditional rucksack design, the breakthrough came in 1972 when they put the frame on the inside of the bag - revolutionary then - now a fundamental design principle.Over the next two decades, Berghaus continued to innovate in the luggage category, winning awards for their adjustable back systems, ventilation and compression technology. Some of these packs became iconic for their performance and new generations are available even today, such as the Freeflow, invented way back in the 90’s.Finding their stride in the equipment market, Berghaus turned their attention to waterproofing. Introducing the western world to GORE-TEX® as early as 1977. A partnership which they’ve continued to develop, as one of the biggest users of GORE-TEX® Paclite® fabric in Europe today.

Berghaus continued to be inspired by the planets grimmest weather, inventing the world’s first waterproof gaiters and designing a new layering concept, which introduced the idea of wicking to the outdoor market.

At its heart a climbing brand, Berghaus also introduced the Extrem® range around this time, designed for serious, high-altitude mountaineers. A flagship range which is still the gold-seal of bomb-proof clothing. Still based in the North of England, their operation has expanded slightly from their one-door shop in Newcastle but the spirit of the company hasn’t changed. Now with award-winning offices, a world-class laboratory and the world’s most foremost designers, the possibilities seem endless but the idea, to inspire and be inspired still stands.

Berghaus has, over the years become known for the personalities who wear their clothes as much as the clothes themselves. Whether it’s sponsoring athletes or hiring them, climbers such as Sir Chris Bonnington, Leo Houlding and Mick Fowler have all proudly waved the Berghaus flag. Berghaus is synonymous with climbing culture and to one extent or another they have been instrumental in supporting some of the world’s most ambitious projects. From first ascents to record breaking attempts, Berghaus has been the silent 3rd member of countless teams.

Much more than just an exercise in branding however, this sponsorship allows them to test their gear in the most extreme environments in the world. Field testing is still an intrinsic part of the design process, with every garment rigorously tested by an elite team before it is put into production. It is this practical feedback from first-hand experience in the field which makes their gear so dependable. Scrutinising a seam to eliminate cold, lifting a pocket to improve belay, one-handed glove zip-pull, every detail is considered, no matter how small, and it is this attention to detail which has built the brands reputation for reliability.

Whichever way you spin it, Berghaus care about the outdoors. But they understand that their passion can have an impact on the planet, both positive and negative. That’s why they’ve created a sustainable, ethical and accountable approach to their production process. It’s called MADEKIND™ and those who want to ensure what they wear is sustainable can rest easy that the products they are buying, if they see this stamp, are kinder to the planet. Berghaus COLOURKIND™ initiative is reducing dyes and they only use R.D.S. Approved insulation, Berghaus is a company which cares about the planet, just as much as they care about profits. Not only that, but Berghaus Products have a lifetime guarantee. They want to ensure that their products help you go over-land and not end up in landfill, so if there is a genuine fault or defect in your item that shouldn’t be there based on normal use, then Berghaus will repair or replace it for free– no questions asked! This is what makes their products last for decades not just years.

It’s been quite a journey for Berghaus, from their humble beginnings in Newcastle to the U.K.’s largest outdoor brand. But one thing will never change. The passion to inspire people to get outdoors and create their own path. So, whether you’re buying a warm jacket or a new family tent, let Berghaus inspire and challenge you in equal measure.

Notes From The Field 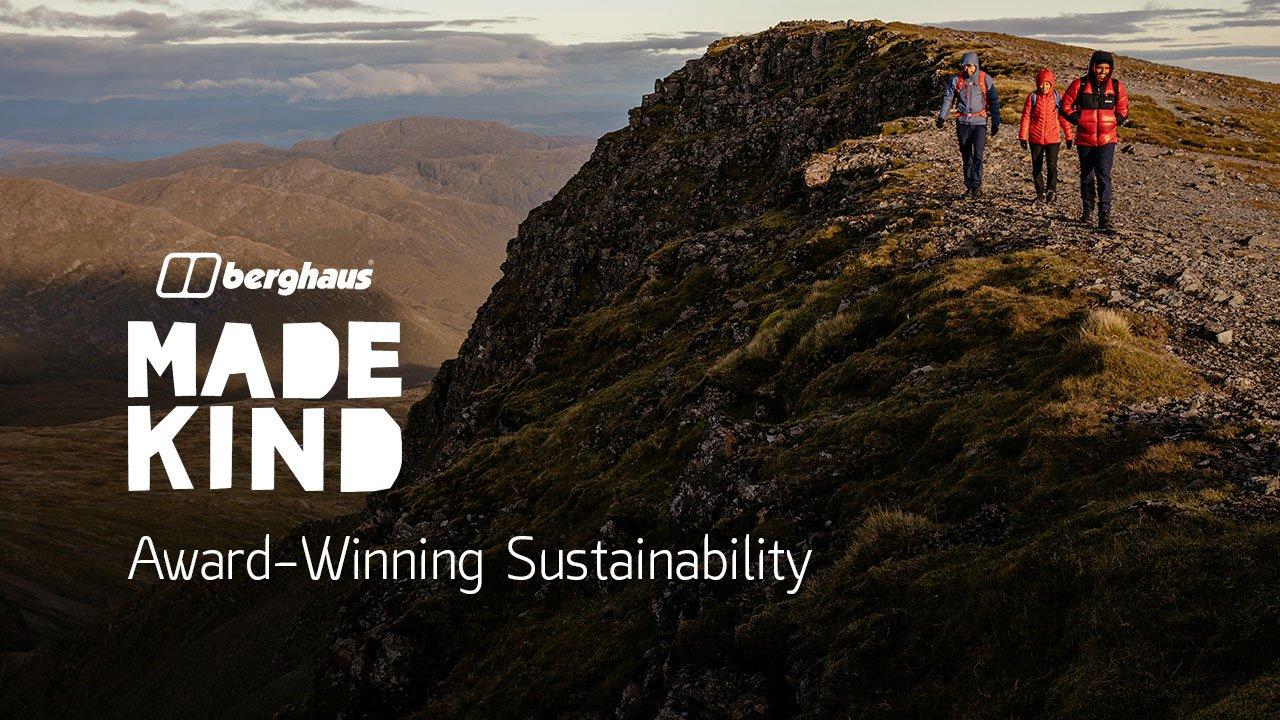 How To Wash A Waterproof Jacket 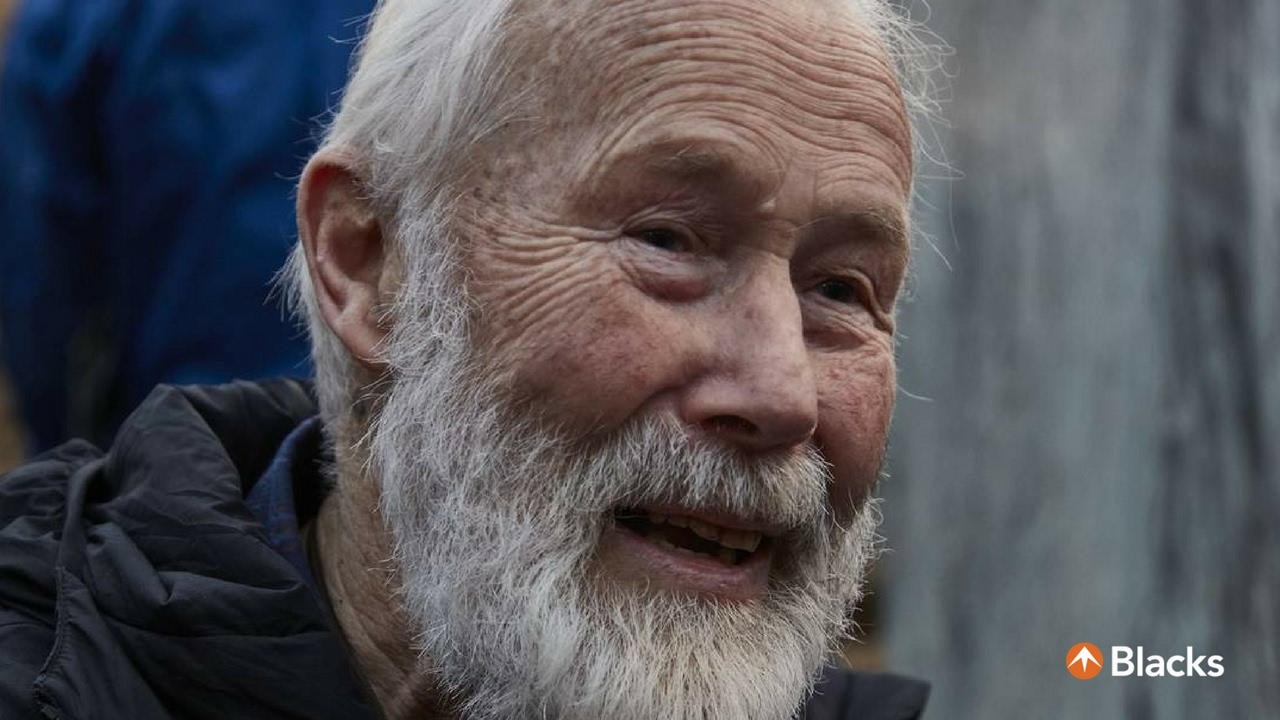